Do you really want to leave?

NO, keep me connected   YES, log me out
Want to see this project on homepage?
Propose a Picture
for this project

Propose a Picture for this project

Upload a picture to promote this European Project

Current EVS-project will take place within the field of animal welfare. The long-term voluntary work will focus on helping exotic wildlife which ended up as victims of illegal or inconsiderate human actions. The work will be executed in two rescue and rehabilitations centers, being AAP in Almere, the Netherlands and its Spanish branch Primadomus in Villena, Spain. Despite the fact that the voluntary work is executed at two locations, it includes similar activities. Receiving international volunteers with AAP, Almere, the Netherlands is in fact prolongation of earlier successful EVS-projects. The selected volunteers are animal, nature and/or environment motivated young people, by coincidence both coming from Denmark. They will spent their EVS-time within teams of great diversity: paid staff next to many interns and volunteers, colleagues of all levels of education and about 10-15 European nationalities. Through meeting their peers from other countries and of different background they can explore and create an understanding of each other’s cultures and values. Mutually, this will lead to a greater solidarity and tolerance. The second location of the project is Primadomus in Spain, participating in EVS since 2014. To safeguard a solid rollout of the project, we have chosen for support and coordination from AAP's headquarters in the Netherlands, accepting the temporal consequence that only Dutch volunteers can take part.In this project we aim on young people from all over Europe. With their involvement in the daily caretaking process, both NGO's will gain important basic support in their labor intensive daily work. The volunteers will increase their awareness and insight in issues of animal welfare. In a charity setting and together with many other European volunteers, they will help animals in need but also get better understanding of underlying problems. The volunteers will learn skills, attitude and knowledge necessary for animal caretaking, but also gain general life, social and intercultural experience. As most of them have background or career plans involving animals, it's likely that their EVS-experience at AAP or Primadomus improves their chances on the labor market. On long term, as they regularly remain involved with NGO's in their home countries, they also help spreading attention to animal welfare issues internationally.Also internally, the receiving organisations will 'profit' from the project. Through intensive contact and long-term involvement of the volunteers, the staff comes into contact with diversity of ideas and habits from different European nations and cultures. This will contribute to better understanding of cultural differences and widen their social horizon as well.During their EVS year, at both AAP Almere and Primadomus the volunteers will actively take part in the caretaking process of different exotic species in the rescue center. They will work in a team of experienced animal caretakers and will be trained to carry out activities independently. They will change departments/positions in order to maximize their experience. After initial phase of the project, the volunteers will be also offered opportunity to acquire some experience within other parts of AAP/Primadomus (Animal transport, Fundraising, Prevention, Education etc.); the specific possibilities are dependent on the volunteer’s abilities, interests and attitudes but also on practical possibilities and needs of the organisation. Next to their work directly linked to animal care, the volunteers will be also offered language support and they will be involved in daily running of the volunteers' accommodation, which will help them to improve their managerial skills as well.

Looking for a partnership?
Have a look at
Ma Région Sud!
https://maregionsud.up2europe.eu 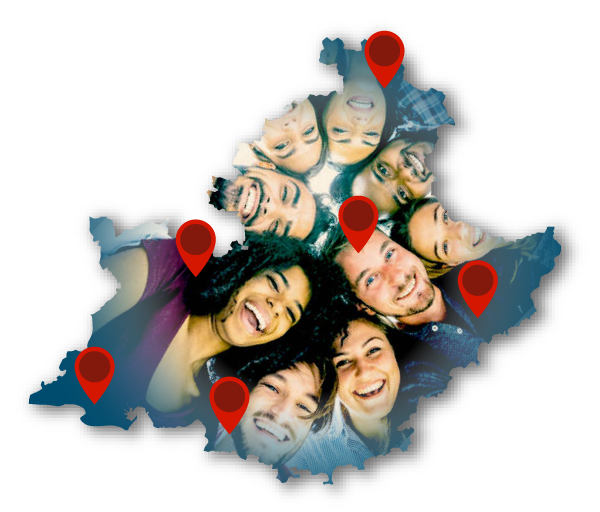